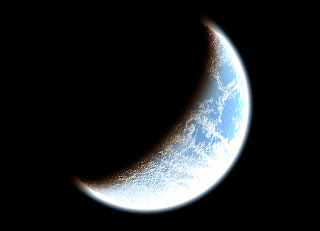 This is Part Two of the prologue of my novel-in-progress, The Power Club™.  For Part One, go here.
The next day, in school, Mrs. Morgan called the class to gather around for story time.  Damon raced past the other kids, as usual, and sat down front and center.  His friends Eddie and Billy always sat next to him, but this time they did not.
During recess, Damon ran to join several kids who were playing on the jungle gym, but they jumped off the metal bars and ran away.  Damon thought it was part of a game until all of the kids gathered around him.
“We don’t want to play with you anymore!” Suzy shouted.
“You’re a freak!” said Billy.
Damon ran and told Mrs. Morgan, as he had been taught to do, but the teacher shook her head.  “What did you expect, Denton?” she said, her breath visible in the chilled autumn air.  “If you move to the district, other kids won’t pick on you.”
Today, Damon’s mother had kept him home from school.  He was happy about this until she told him they would be moving to the district, after all.  Damon screamed “NO!” as loud as he could and ran into his parents’ bedroom, where he created a darkspace so big it covered the entire room.
“Denton!”  His mother sounded angry as she felt her way past the bed. “I’m going to find you sooner or later, and when I do . . .”
Damon jumped up and ran past her.  Now he was on the other side of the bed while she felt her way along the wall where he had been.  I can keep this up all day.  You’ll never find me.
“Mom?”
Eldon stood in the doorway, peering wide-eyed into the darkness.
Damon had heard Mom tell Dad to keep an eye on Eldon, but somehow the little boy had slipped away, probably curious to see what was going on.
“Mom?”  Eldon repeated.  When no answer came, Eldon bounded into the room as if it were a new playground.  Then Damon watched in shock as his brother stumbled on the carpet and fell head first into the heavy wooden footboard of the bed.
Eldon sat on the floor and cried out in pain.  Damon wondered why his mother didn’t follow the sound of his voice and come to him.  Instead, she continued to feel her way along the wall, as if nothing had happened.
“Mom!” Damon said.  “Eldon’s hurt!”
She did not turn around.  It was as if he were looking at her through a one-way glass window.
“MOM!” he shouted.
She still did not turn around.  Was she ignoring him on purpose?  It was just like Ryan—
Damon felt stupid for not figuring it out earlier.  Not only was he the only one who could see inside the darkspace—he was the only one who could hear, as well.
He felt both powerful and scared.  He didn’t know what to do.  If he made the darkness go away, his mother would make him move to the district.  But if he did nothing, Eldon would keep crying.  What if he was badly hurt?
Damon closed his eyes.  He took a deep breath and slowly said the magic words.  An instant later, a warm light caressed his cheeks.
at August 13, 2011

This is looking good. Will you be introducing Damon a little more later? I'd like to know his favorite food, color, book, etc.

We'll get to know quite a bit about Damon as the story progresses. Don't know if I'll work in his favorite food, color, or book, but we do get to learn his favorite TV series!

Oh, and we'll also learn his favorite candy in Chapter 1.