Three and a Half Questions for FALSE ALARM 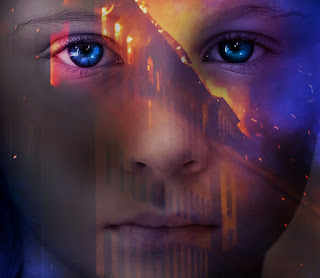 Special shout-out and thanks to Laura Packer for this insightful post on her blog. I decided to take her advice and ask myself the 3.5 questions about my forthcoming book, FALSE ALARM: A POWER CLUB NOVELLA™.

Here are the results:

1. What do you love about this story?

FALSE ALARM grew out of a scene in THE POWER CLUB™ in which 14-year-old Denise confesses to Damon that she's not confident in her ability to see the future because of something horrific that happened. She had had a vision that a certain building would catch fire but did not know when it would happen. She told her parents, who alerted the authorities, but the fire didn't happen when Denise thought it would, so they dismissed her prediction as a false alarm.

Eventually, the building did catch fire and a lot of people died. Even though Denise was not responsible, she felt responsible. It was a very traumatic experience for her and led, in part, to her hiding the nature of her power, even from other kids who had powers.

After writing THE POWER CLUB, I felt there was more to the story, so I wanted to go back in time to when Denise first discovered she could see the future and what this power cost her.

I love this sort of "fill in the blanks" story. It enables us to learn so much more about the characters and their world, and to experience a different side of both. For example, we meet Denise's best friend from before she developed her power. We get a sense of her life before she and her family moved to the district when her brother, Vee, developed his power of super-speed. And we get a sense of the conflict no 11-year-old should ever have to face: choosing between her freedom and doing the right thing.

In telling Denise's story to others, I am essentially telling it to myself. As I do so, I learn more about Denise and the world of super-powered children who are forced to live in this place called "the district."

I feel like I am on a shared journey with my readers—a journey to discovering what it would truly be like to have a super-power, to develop one at a young age, and to have your life change dramatically because of it.

I wrote FALSE ALARM with young readers in mind, especially girls age 9-11. But even though the main character is a girl, I imagine boys will love the story, too. As a boy, I enjoyed reading stories about girls (even though I would never admit it) because I learned to see the world through the eyes of someone different from myself.

As young children, I think we are more open to such experiences than we are later, when we are taught that boys should like certain things and girls should like other things.

This is particularly a problem today because some claim there's no point in creating super-hero comics or toys for girls because "girls don't like super-heroes." I want to challenge that stereotype because I know plenty of women who like super-heroes!

I also wrote FALSE ALARM with fans of THE POWER CLUB in mind, though you do not have to have read the novel to understand this story. In fact, if you haven't read THE POWER CLUB, this story makes a good jumping-on point.

This is a tough one. In Laura's original post, she talked about what your audience needs when you are telling this story to them, such as rhymes for small children. My readers will be reading my book, and I hope I have made it accessible and engaging for them.

Beyond that, I think what my audience needs is a sense of empowerment in a very troubled and dangerous world—a world in which we can't get away from disasters in the news and on social media. What would happen if you couldn't get away from such things even in your dreams? What if you could do something about it? What would you do?

I think that's what my readers need: a sense of who they truly are and the difference they can make in this world. 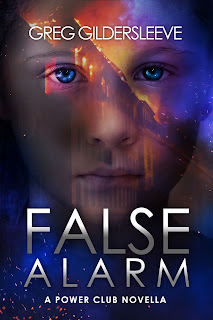 I'm proud to announce that my second book, FALSE ALARM: A POWER CLUB NOVELLA™, will be published soon.

FALSE ALARM ™ takes place three years before THE POWER CLUB™ and tells the story of one of the future PC members, Denise Evans.

Denise was forced to move to the district for super-powered kids when her brother, Vee, developed super-speed. But Denise gets to leave the district every day when she goes to school. She gets to see the city and make friends with other normal kids.

But all of that starts to change when she experiences things which haven't happened yet, including a horrific vision of a burning building.

If Denise tells others of her vision, she will lose what little freedom she has. If she doesn't people may die.

Excerpts from the book were published on this site last year, but have since been revised,

In the meantime, here is an excerpt that wasn't in the previous version, Enjoy!

That night, Denise turned in early. Not even a back yard game of catch with Vee could take her mind off of what she had felt on the bus. She thought she should tell her mother about the sensation, but Vera Evans spent the evening pouring over research from work, and Denise didn’t want to disturb her. Her father was working late at the bank, as usual.
So Denise went to her room and studied her ant farm for a while. She loved to watch the ants crawl through the layers of tunnels. Their tiny legs looked mechanical and powerful. She felt almost bad for the ants because they were trapped in the ant farm, much like she felt trapped in the district. She was keeping them safe, she told herself, from being stepped on or being eaten by larger bugs. Just like kids with powers had to be kept safe from their powers and from people who would take advantage of them.
Denise drifted off as she watched them and shut her eyes.
Smoke filled her bedroom. A thick smoke even blacker than the darkness surrounding her. How am I seeing this? As if in response, a glow appeared from nowhere—red-orange. Fire!
A hand reached for a door in the middle of the room. Door? There’s no door in the middle of my bedroom!  She looked around for her ant farm, but couldn’t find it. Nothing seemed familiar. Her nightstand and the lamp were gone.
She looked back at the door. The hand was now opening the door. STOP! DON’T OPEN IT! she heard herself shout. An instant later, she was engulfed by blinding light and searing heat.
She woke and sat up. Her ant farm stood on the nightstand, just below her lamp, which was still on, just as she had left it. There was no fire.

FALSE ALARM: A POWER CLUB NOVELLA™ will be available in paperback and Kindle versions through Amazon. I'll also be carting copies around to sell to anyone I can!

The current plan is to have it available in early July. Watch this space for more details.