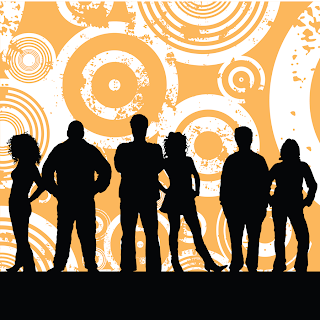 See the menu on the right side of the screen for excerpts from the Prologue and
Chapter 1.
"Is that the best you can do?” shouted Veryl Evans as he raced past Damon.
“That’s not fair!” Damon shouted back.  “Hold still!”
Veryl—or Vee, as he preferred—ran in circles around Damon, easily evading the darkspace. “If we were bad guys, we wouldn’t hold still.”  His voice seemed to come from everywhere.
Damon knew Vee was right, so he tried to make the darkspace come faster.  But it came slowly, as always, like a gentle cloud flowing out of Damon’s body.  By the time it had spread ten feet, Vee was cackling from the other side of Mackintosh Park.
Damon inhaled, making the darkspace go away, and glowered at the speck of a boy who was a year younger than him but faster than anyone he knew.  Damon had been delighted when he’d heard that three kids from his own neighborhood were forming a special club.  He’d hounded Vee and the other two for weeks, begging them to let him join.  Finally, they agreed to a try-out:  Damon would have to best at least one of them in a contest of powers.  Damon had readily agreed, thinking that inside his darkspace, the others wouldn’t be able to see to use their powers.  Vee had just proved him wrong.
Damon turned to face his next opponent, Danner (“Don’t call me Danny!”) Young.  Though only a year older than Damon, but he stood two heads taller.  Damon commanded the darkspace to move as high as it would go.  Danner seemed disoriented at first, but he grew . . . ten feet, fifteen, twenty . . . and kept growing.  Damon’s heart flopped when he saw the boy’s head and neck disappear from the darkspace.
“Ah, nothing like a bath!” Danner’s voice boomed from somewhere above.  “But now it’s time to get out of the tub.”  Damon winced at the stupid joke, but it was he who felt stupid as Danner’s torso and legs turned and calmly walked away from the darkspace.
“That’s a neat trick,” came a voice from somewhere near Damon.  He turned and saw that his third and final opponent was standing still in the darkness, arms folded about himself.  “Hey, it’s cold in here,” said Kyle Powell.  “I didn’t realize that darkness could get this cold.”  Damon smiled, thinking he still had a chance to impress at least one member of the Power Club.
He opened a soundspace and said, “What are you standing there for?  Why don’t you teleport?”
Kyle started at the voice from nowhere.
“I don’t teleport if I can’t see where I’m going,” he answered, looking around and squinting.  “Might merge with a wall or something.”
Damon grinned with disbelief.  Not only was Kyle the most powerful of the three, he was also the oldest.  If Damon could defeat him, he’d be accepted for sure.  He closed the soundspace and rushed Kyle, planning to trip him.  A feeling of immense power overcame Damon as he rushed toward the unsuspecting Kyle, and then—
fft!
Damon felt as if his insides were being scrambled.  There was no pain—just a sense that the parts of his body were being rearranged.  Blue sky . . . hot July air . . . and then he fell, landing on his feet and falling on his back.
After several seconds, he began to feel less dizzy.  Kyle teleported ME outside the darkspace!   Damon didn't even know this was possible.  He craned his neck to see what the darkspace looked like from the outside.  There it stood, about fifty feet away: a huge, cloud-like inkspot floating on the park.  Awesome!  It floated for some time, and Damon wondered if it would just stay there and if Kyle would be able to find his way out.  Finally, the dark cloud faded into a murky grey and then vanished altogether, leaving only Kyle—standing where he had been and looking unfazed.
“You okay?” he shouted to Damon.
“I thought you said you couldn’t teleport!”
“I said I don’t teleport.  But I keep my teleporter field on, just in case.”
Kyle jogged over to Damon and offered a hand, but Damon was already forcing himself up—queasy stomach or no.  Bad enough that he looked foolish.  He did not want to look weak. “You could have teleported me into a wall,” he scolded Kyle.
“I doubt it,” Kyle replied.  “I know Mack Park pretty well.  All I had to do was make sure you were a few feet off the ground.”
Vee raced back from the other side of the park, and Danner returned to his normal height.  Both were laughing at Damon.
“That was so funny!” Vee said.  “You just appeared out of nowhere and began flapping around like a fish.”
“Yeah, I guess you tried to sneak up on Kyle,” said Danner.  “I tried that once.  Learned my lesson the hard way, too.”
His comment made Damon feel better, as if not all were lost.  Maybe the Power Club would give him another chance.  “So, what happens now?” he said.
“Now, we vote,” Kyle said.  “In private.”
Damon jogged several feet away and watched while the others huddled and whispered.  He respected their rules, hoping they would take that into account.  But when Kyle came over alone, his confidence melted.
“We think your power’s neat, but you’re not ready to join the Power Club.  You need more practice.”
at August 24, 2011

Nice excerpts, Greg! Should get some interest going!!

Awww. The disappointment. Poor Damon. I love this story.

Things get better for Damon (somewhat), as you well know, Kristi! :)