One Writer's Journey: Epiphanies and Confessions 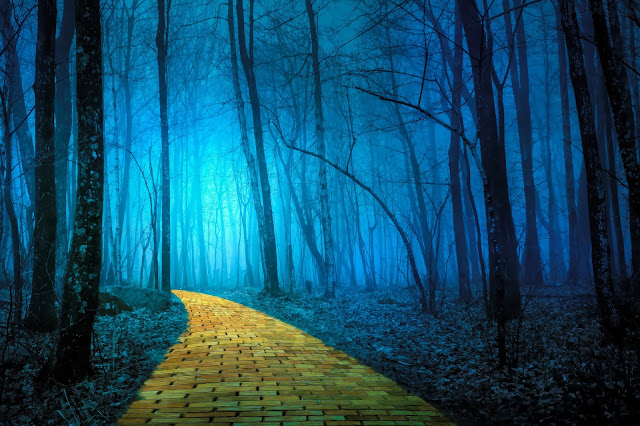 I've been watching Stranger Things and The Haunting of Hill House, not because they are horror stories or stories of otherworldly creatures and ghosts, but because they feature young teen and pre-teen protagonists. I'm not normally drawn to such stories, but, since I wrote a book called The Power Club, which features similarly young heroes, I find a lot in common with these tales.

And that's to say nothing of the otherworldly creatures and ghosts.

After watching the second episode of The Haunting of Hill House--in which the middle child, Theodora, bravely looks after her siblings as a child and other children as a psychologist (the story is told both in the present and in flashback)--I reflected on what it truly takes to be a hero, how I wanted to be a hero so badly when I was a kid, and how I fell short.

I thought of Kelly.

Kelly (not her real name) was a girl I went to school with. She was large--not heavy, just large--plain and awkward, a frequent target of teasing from other kids. She lived across the street from me, and we hung out a lot. She had a Johnny Cash album which included "Daddy Sang Bass." She had the Marvel Comics tabloid adaptation of The Wizard of Oz, which I also owned because I received it as a gift from Marvel but hated because it didn't involve super-heroes.

Kelly was the first and only girl I kissed. We were wrestling in her living room when I wound up on top of her. I bent down and gave her a smack on the cheek. I remember her exclamation of surprise. We were 12.

Shaun (not his real name), an older boy who lived in the neighborhood, did not see the kiss. But he did see me leaving Kelly's house. He teased me mercilessly about her being my girlfriend. That was more than my fragile ego could take. I envisioned myself as a super-hero or bridge officer of the Enterprise. Such manly figures were not made fun of for having girlfriends. They were not made fun of for having Kelly as a girlfriend. I stopped hanging out with her. I ignored her at school. Bewildered, she called to ask what she had done wrong. I hung up on her. I refused to tell my mother why I was so mean to Kelly. But mean I was.

I don't know when she moved out of the neighborhood.

I encountered her once or twice as an adult. Once was in a department store. We were cordial to each other, but I don't think we even addressed each other by name.

When I began writing The Power Club some eight years ago, I began with the precept that I wanted to write about kids as they really are, not an idealized version of kid heroes. I wanted my heroes to be real. I think I naively assumed that people are inherently good, and that kids, though they may do things that aren't so good, will eventually come to the truth. Having powers gives them an extra incentive to find their true selves. However, in writing the book and its still-in-progress sequel, I've often had a hard time finding the heroic side to some of my characters. This is because I did not behave heroically at that age.

If I possessed a super-power or a Starfleet commission, I would--my thinking went--have the power to do the right thing.

But I did not do the right thing, not even with the "powers" I was given. I put my insecurities above Kelly's feelings. I chased after the "cool" kids, from whom I wanted acceptance, and ignored someone who liked me for who I was and who wanted to hang out with me. I knew Kelly better than other girls. She was a real person, not an imitation of a super-heroine or Hollywood actress. She was not standoffish or mean, like other girls at school could be. She deserved better.

Having an innate power or ability does not make one heroic. Heroism is a choice to do the right thing even when it is unpopular to do so.