Requiem for a "Miracles" Man 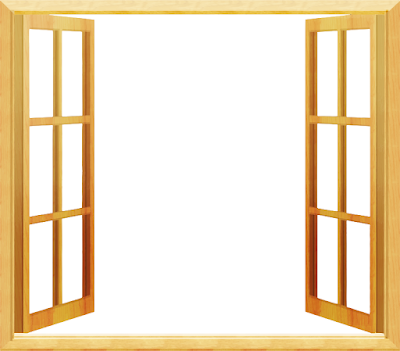 And through an open window where no curtain hung
I saw you
I saw you
Comin' back to me
--"Comin' Back to Me," Jefferson Airplane (written by Marty Balin)

Marty Balin died on September 27. Balin was co-founder and singer of Jefferson Airplane/Jefferson Starship--for the latter, he wrote and sang lead on their biggest hit, "Miracles" (1975). For the next few years, he crooned on other hits, such as "With Your Love" (1976) and "Count on Me" and "Runaway" (both 1978) before leaving the band. On his own, he scored two hits, "Hearts" and "Atlanta Lady" (both 1981).

By the time I became a fan of Jefferson Starship in 1979, Balin was gone and so was the romantic pop direction he had guided so successfully. I discovered the band after it had transitioned into a hard rock unit with the soaring high tenor of Mickey Thomas at the helm. But I explored Balin's contributions through the band's radio hits and albums. Balin, whose name sounded so much like "ballad," the kind of music he was most noted for, had an unmistakable voice that combined passion and earnestness. He could make even the most treacly love songs sound genuine. Balin also reminded me of a friend I had, who possessed the same earthy, dark appearance, the same suave demeanor, and who, by 1979, had also moved on.

I woke this morning to an earworm of "Count on Me" playing over and over in my head. This song, more than even "Miracles," expresses to me the sentiments of the Balin era of the band. Even before I knew anything about Jefferson Starship, I had heard "Count on Me" on the radio. Its plaintive promise of a love that cannot be abandoned warmed my soul, inspiring my own images of what love would look and feel like. I was 14--prime time for developing such images and yearnings, though also at that age when such notions are best kept to oneself.

I nearly had a chance to interview Balin once. In the late '90s, I wrote bios and reviews for a fan site with the unpretentious title, "A Jefferson Starship/Airplane Site." Through that site and a JA/JS newsgroup, I interacted with Jeff Tamarkin, a well-known music journalist who was writing a book on the band. We exchanged information on the group, and he offered to put me in touch with Marty Balin's father, then 82, who could put me in touch with Marty. However, there comes a point where you get a little too close to your dreams, your ambitions, your fantasies. Getting too close to a star is like touching a lit sparkler on the Fourth of July. Some things are better admired from a distance. I never followed through on the offer.

I do not see that as a missed opportunity. I got to hear and read Balin's story through numerous interviews and books, and I got to experience that incredible voice through numerous songs. Checking up on his story--and the band's story--over the years helped ground me as my life changed course in ways I couldn't have imagined at 14. The JA/JS and its various members were like old friends I'd check up on now and then, friends who reminded me of something of core importance: a sense of family in all of its messy configurations.

This sense of family was both invented and real. Rock bands in general create a sense of belonging for disaffected teens and young people who feel at odds with their own families and communities. Rock bands say, "Come and join us. You can be who you are or whatever you want to be. You can succeed in your wildest dreams, and we will be there to help and support you." For many bands, this is nothing more than an illusion--a projection of teenage wish fulfillment. But for a select few bands, there is something real under-girding this illusion. The Beatles had that "something"--call it honesty or integrity: a willingness to expose their less attractive sides and choices. A willingness to say, "This is who we are and what we choose to do (even break up), even if our fans don't like it."

Jefferson Airplane and Jefferson Starship had that "something," too, and I felt it mirrored my own relationships: feelings of not being understood or appreciated for who I was, having to conform to expectations that did not suit me, wanting to chuck it all and leave--to start over with new people and relationships. I imagine Marty, during his various comings and goings, felt all of that at one time or another.

Yet Marty returned to the band time and time again. From 1993 until well into the 2000s, he sang with a new configuration, dubbed Jefferson Starship--The Next Generation. The only time I got to see him perform live was during a JS--TNG show in 2000. Fittingly and with great appreciation from me, he sang "Count on Me."

The stage was almost vacant except for him and keyboard player Chris Smith. I can't recall if other band members played on the song, but I remember that Paul Kantner did not. Kantner, who had co-founded the band with Marty in 1965, was the only other member from their hit-making days present in the millennium configuration. I wasn't sure what to make of his absence during Marty's solo. (Marty joked that Paul must be taking a leak.) In my fantasy interpretation, he should have supported Marty as he did in the videos. But perhaps Marty wanted it that way. It was his solo.

Families are messy and incomplete. They overflow with resentment as much as love. And what is love? Balin and JA/JS often sang about love as if its nature were beyond question: a force that made our lives better. Love, in Balin's world, was sexual ("Miracles") but also full of world-weary hope ("Comin' Back to Me," 1967). Even broken hearts cannot truly dispel love ("Hearts").