On Emily Dickinson, Untold Stories, and Becoming What You Despise 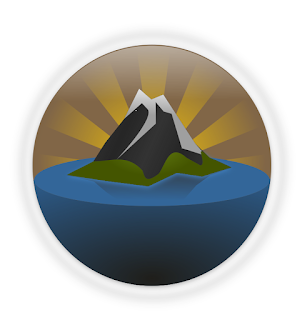 There’s a moment in the film A Quiet Passion in which the reclusive poet Emily Dickinson is confronted by her sister, Vinnie. Emily has gone on a tirade over her brother having an affair, but Vinnie prefers not to judge because "we're all human." Instead, Vinnie warns that Emily is becoming what she most despises: bitter, judgmental, rigid. Realizing the truth of Vinnie's words, Emily breaks down and sobs painfully in her sister’s arms.

How did Emily become what she despised? After all, she lived the life she chose. Never married, she had no husband to boss her around (a palpable reality, the movie suggests, in 19th century America). She lived all her days in her father’s house, where her family became the center of her universe. She wrote 1,800 poems, many dealing with death, loss, and eternity, but published only a few in her lifetime. (Her sister, Vinnie, discovered the rest and published them after Emily’s death.) The film portrays Emily as an independent-minded woman who refused to conform to the expectations of her as both a woman and a Christian in her puritanical era: She refuses to kneel before a minister (male, naturally) who tells her to turn herself over to God. However, Emily does fear loss—the loss of loved ones through marriage or death—and, in her final years, she becomes a recluse, refusing even to leave her room or socialize with the guests invited by her brother and sister.
***
The film and Dickinson’s life in general resonate with me because I can draw certain parallels between her experiences and my own, both as a writer and as a human being. I’m currently going through one of my “reclusive periods” when I spend a lot of time alone. Many of the social structures I’ve come to depend on in recent years—church, a writer’s group, etc.—have either disappeared or become less satisfying. I feel it’s time for something new to enter my life, but I don’t know what.

I write a lot, but, like Dickinson, very little of my work has been published. (There is hope that this will soon change.) Much of my writing is personal—stuff I do not wish to share. Yet I hope it gets out some day and in some form, as it reflects who I am and how I view my place in this world. It reflects how I’ve been shaped by the events of my life—the good, the bad, the bizarre, the vulnerable, the inexcusable…the human.

If I’m being perfectly honest, I want my readers (and my friends and potential lovers) to be more like Vinnie than Emily. The film portrays Lavinia “Vinnie” Dickinson as loving, friendly, and non-judgmental, but not docile—she readily confronts her elder sister over Emily’s bizarre and sometimes selfish behavior. Vinnie, too, never married, but remained outgoing and sociable. As noted above, it was she who found her sister’s life work and saw to it that it was published—an act of love and loyalty all writers can appreciate.

But if I have any readers at all, that would be more than wonderful. Intelligent, discerning readers—like Emily—could generate interesting conversations and correspondence, perhaps leading to a shift in how I view the world or how they view it. Perhaps that shift is the “something new” I’m looking for.
***
So, what is it I despise becoming? Let me answer this in a roundabout way by saying I loved my father, and I’m sure he loved me, but he had trouble expressing it. Like many men of his generation, he did what he was expected to do: work and provide for his family. Did these roles make him happy or bring him fulfillment? I cannot say because he never said.

Dad held few opinions or thoughts on many subjects, or at least few he cared to share with me. Yet I’m convinced he maintained a rich inner life. I would catch him making gestures as if he were holding a conversation with some unseen presence. I do the same thing. Yet I was not privy to his inner world. I think my brother had more success in penetrating it; he shared common interests with Dad: cars, the military, police work. My strange and esoteric interests (comic books, rock ‘n’ roll, stories) didn’t fit into that frame of reference.

Yet there was a time when we came close to sharing a connection. I was writing a series (never published) about a Star Trek-like military of the future. Rather than relying on the model I’d seen on TV, I decided to interview him about his real military experiences. Over dinner at Rax’s Roast Beef in St. Joseph, MO, I peppered him with questions about how things worked in the Missouri Air National Guard, to which he devoted 41 years of his life: what people in various ranks did, who reported to whom, etc. In my young development as a writer, I did not know which questions to ask to generate thoughtful, open-ended responses, and he did not provide me with much to extend our conversation further. He answered my questions directly as I posed them. In the end, I gained a lot of information but little insight.

So, I fear living as I perceived him to be: dwelling on my own island, isolated, unchallenged, uncurious—safe but not sound, free to let my opinions take root without being pruned. I fear I will become an untold story: the strange person nobody knows—the Scrooge, the Emily Dickinson.


Stories should be told, and, without some degree of strangeness, there is no story.