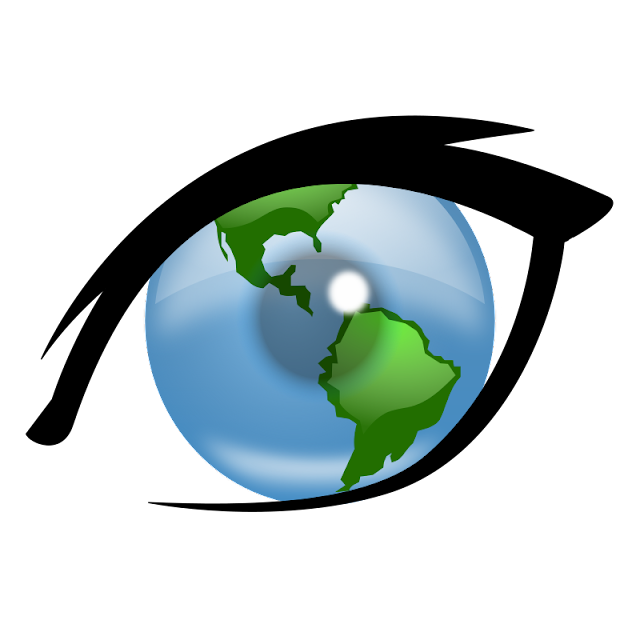 One of my professors once told me that if you're going to be a writer, you have to write about something other than just writing. I've come to realize he was right, so, on this blog I sometimes write about other things, such as life. Being a writer affords me certain advantages: I get to experience the world through fictional or historical lives. Sometimes these views help me to look at my own life in broader, more expansive ways. That's why in my more whimsical moments, I conclude that life consists of one absurdity after another, and that we bring most of our problems on ourselves.
(The TV screens are tuned to Fox News, in case you were wondering.)

Sometimes life becomes so complicated and scary and uncertain that we’re willing to believe anything. Change is hard and involves risk. It’s much less risky to conclude there’s nothing wrong with us and, if we can’t get what we want, it must be someone else’s fault.
***
A few days ago, I visited the same McDonald’s (it’s in walking distance). I stood in line behind a man who ordered a “2 for $3” item on the overhead menu. The cashier, a skinny lad who must have been barely 16, rang up items totaling $12. The man shook his head and complained loudly “Can’t anyone here read?” as he thrust an angry finger at the menu.
I couldn’t resist smiling because, as someone who has held customer service jobs, I’ve been on the receiving end of irate customers many times. It’s the nature of the job that mistakes will be made and customers will get upset. I wanted to tell the kid, “Don’t take it personally.”
Should the kid have paid better attention to what the customer ordered? Probably. But that’s no excuse for the customer to lose his cool. The matter was resolved quickly when a supervisor came over and clarified what he wanted. It was also apparent to me that this may have been the kid’s first day. He had to ask for help several times; even though my order was straightforward, I threw him by asking for a sugar substitute McDonald’s didn’t carry. But even the most seasoned employee can misunderstand what a customer wants.
Too many people lose their cool these days. We see it play out daily in the news and in social media. We have a president who personifies lost cool. News channels routinely hype every celebrity’s loss of cool as if it were as significant as the moon landing. Do we as a culture have nothing better to do than engage in others’ lack of decorum?
***
What causes us to lose our cool? In my own case, it’s an inability to express myself and be understood by people close to me. Relationships become exceedingly difficult when differences in perception enter the picture. Attempts to express what I really think often backfire, leaving me frustrated, which, in turn, leads a sort of inner dialogue with the person, who, I imagine, is attentive and open to everything I have to say, and willing to be persuaded by what I see as right. In an odd twist, if I let these internal conversations run amuck, I eventually lose—even in my own imagination.
This leads, of course, to a deeper emotion: the fear that I might be wrong.
In fact, I can guarantee that I am wrong, at least some of the time and from certain perspectives—and this is where absurdity comes into play. Each of us perceives the world through only five senses. The information our senses take in is filtered through our experiences, beliefs, culture, opinions, and fears. Whatever happens to be left of the information reaches our brains, where it is interpreted in such a way that “makes sense” to us. Often this means reinforcing what we already believe about the world and our place in it.
It’s all about filter—the filters we create for ourselves and those designed for us by the news outlets of our choice. Even the words our filters select (such as meddling and disgusting) reinforce a world view that brings us comfort about who we are—and, more importantly, who our “enemies” are.
Yet we all find ourselves on the same planet—a cosmic merry-go-round—for only a short time and with pretty much the same goals: to make the world a better place, to pass on our genes, to achieve something worthwhile. What makes it so difficult for us to achieve these goals? Why do the very people who seek to make the world a better place often end up screwing it up so badly. (Think of random political figures, athletes, or politicians of your choice.) My opinion? It’s because we routinely cling to the notion that our filter portrays things the way they truly are and that we blind ourselves to our own shortcomings. We take the easy way out (at least I do) when it comes to making positive and risky improvements in our own lives, let alone the lives of our friends, neighbors, and fellow players on the merry-go-round.
That doesn’t mean we should stop trying to improve the world. But maybe next time a kid overcharges us, we can step outside of our filter and try to see things from his for a change.