Raise the Stakes for Your Character! 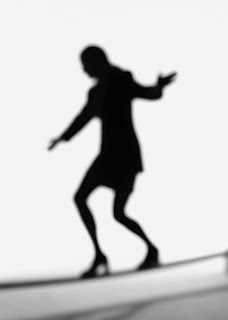 Writing a story is sometimes compared to having children: You, the parent-author, conceive the story, nurture it, and make sacrifices to bring it into the world.  Then you guide it, correct it when necessary, and hope it will make you proud, perhaps even take care of you in your old age.

Writers, like parents, also want to spare their “children” of any danger, grief, or hardship.

But, as a writer, you must be cruel to your characters. You must treat them harshly, give them coal for Christmas, deny them their fondest dreams, and expose them to situations which, in the real world, would result in a visit from Child Services.

In short, something must be at stake for your characters. And the stakes must be high.
A story, by definition, is about a character who wants something and is prevented from getting it:

But goals and obstacles are not enough. Something must be at stake if your character fails.

Yet this need to create stakes runs counter to what we, as writers, want for our characters. Just as no parent would willingly see their child suffer, we want to make it easy on our fictional children. We want them to be winners without having to struggle.

But real life, we know, doesn't work that way. And neither should your story.

One of the fundamental reasons why people read stories is to experience characters as they overcome obstacles—things which terrify us or make us angry.

Giving your character an easy ride robs your readers of the insights and catharsis that make the journey worthwhile.

These are the types of insights your readers want to experience. And they don't come easy.

But can’t your character solve a mystery, for example, without having anything personal at stake?

Sure. Fictional detectives do it all the time. But even if Hercule Poirot and Miss Marple do not always place themselves in danger (though sometimes they do), the stakes are still high.

If the detective doesn’t win, the murderer gets away.

That, most of us would agree, would be bad. The murderer may kill again. Also, any crime--in real life as well as in fiction--disrupts our sense of safety and right and wrong. We demand the perpetrators get caught and punished. When this doesn't happen, our trust in the moral order of the universe is shaken.

(Which may be why some stories have the good guys lose on purpose. But even losing comes after a valiant struggle with much at stake.)

So, go ahead: raise the stakes for your character.  The higher the stakes, the greater her victory (and ours) will be.
at August 25, 2012

Email ThisBlogThis!Share to TwitterShare to FacebookShare to Pinterest
Labels: fiction writing, writing a novel, writing a story, YA

Hi Greg. I totally understand your topic, but I disagree in general; any writer worth his/her salt will challenge characters with everything they have; put them in the most dire straits, toughest situations, and demanding circumstances. And not just physical challenges, but mental, emotional, and moral. If your story has no conflict, no "mountain to climb", no "lake of fire" to traverse, you're not really telling a story, you're just writing a character memoir.