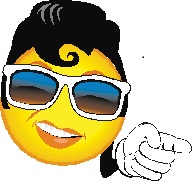 The other day, I asked my composition students to write a paragraph describing someone in their lives.  Most students wrote about a friend, a parent, a sibling, or even a child.  One student, however, wrote a glowing paragraph about Mike Vick, the NFL quarterback who served 21 months in prison for operating an illegal dog-fighting ring.

“I’m not judging him for what he did,” the student wrote.  “Mike Vick has been traveling across America[,] teaching people about the lesson he got from his behavior[.]  . . . He has been so humble as a sign of asking forgiveness to the American people.”
So it goes.  Every semester, I get a student paper championing Lady Gaga or Kim Kardashian or some other celebrity.  There’s nothing wrong with this on the surface.  Celebrities have always been a part of American culture, and they have a tremendous impact on young people.

Writing about celebrities also seems perfectly natural.  When I was in high school, I brought a book on the Beatles to school to do a book report on someone I admired.  Before I wrote a single word, however, I was informed that, at my conservative school, we weren’t supposed to listen to that kind of music.
But what troubles me about this most recent experience is how the student interpreted the phrase “someone in your life” to mean a celebrity – a person he had likely never met and knew of in the same way most of us learn about celebrities: through the media.
Now, I’m not questioning his choice of Vick as an idol or the sincerity of Vick’s humility.  Being the non-sports fan that I am, I hadn’t even heard of Vick until I read the student’s paper.  And the celebrities of my generation were also known for bad behavior and acts of public contrition.  Ex-Beatle Paul McCartney served ten days in a Tokyo jail in 1980 (the year Vick was born) for attempting to smuggle marijuana into Japan.  After expressing regret over his actions, McCartney went on to have many more solo hits and even to be knighted.
However, the student’s paper got me thinking about the huge role celebrities play in our lives, how they become like intimate friends to us, and how we buy into the narrative of fallen celebrities making comebacks  – and the dangers this narrative poses.
Celebrities matter to us for at least three reasons:
We get to know them better than we know most of the people in our lives.  Our families and friends may have secrets they keep from us.  If we ask too many questions, they may tell us to mind our own business.  But celebrities’ lives are out there for all to see: the good, the bad, the ugly.  If a celebrity makes a mistake, you can bet it will be all over the news.  (Think of Michael Jackson dangling his baby over the balcony, or Michael Richards or Mel Gibson making racist remarks.)
Constant coverage may seem to glorify bad behavior; however, it also serves a vital purpose in showing us the “truth” behind our idols – truth they can’t hide.  There is a sense of security in knowing the truth, no matter how ugly it gets.
It’s a one-sided relationship.  Celebrities ask nothing of you.  They don’t hit you up for money.  They don’t tell you to clean your room.  They do not ask you for the intimate details of your life, and they do not judge you for your own mistakes.
Celebrities, in short, can be anything we want or need them to be.  They are like the toys we played with as children: malleable, always available for our love and affection.
Celebrities make many of the same mistakes we make and come out winning.  Vick is a good example of this.  According to Wikipedia, he declared bankruptcy and was released by his former team, the Atlanta Falcons, after his conviction; however, he has since been reinstated by the Philadelphia Eagles.
Of course, not every celebrity makes a comeback – Pete Rose, for example – but those who do assure us that we, too, can recover from mistakes.
In this sense, celebrities serve the same function fairy tales used to, before they were cleaned up by Charles Perrault and Walt Disney.  Early versions of Cinderella, for example, were replete with blood and gore, and real consequences for bad behavior.  Scholars such as Bruno Bettelheim believe that early fairy tales were meant to mirror children’s deepest, darkest feelings, not give them pristine role models to emulate.
When a celebrity rebounds from a disastrous personal mistake, we rejoice – because if they can do it, we can, too.
And, on the surface, that’s fine.  Yet celebrities these days are so skilled at manipulating the narrative, of spinning it to their advantage, that one has to question what is really truth and what isn’t.
Think of Charlie Sheen, who spun his outlandish behavior into enormous media attention.  Even celebrities who have no apparent connection with him were asked to comment on him, including Sharon and Kelly Osbourne, when they were interviewed by Piers Morgan months ago.  And all the celebrities trot out the same blather: they think Sheen’s making a mistake, he’s ruining his life, etc.  But is he really?
And, for that matter, why is it that celebrities’ opinions matter?  Why do we need to know what they think about other celebrities, the president, the war in Afghanistan, or anything, really?  Yet they get asked.  And they opine.  And we eat it up.  (Or at least the media attention given to every celebrity utterance suggests we do.)
The downside to all of this?  The attention we give to celebrities distorts our perception of reality.  It creates false expectations of what we (especially young people) look for in real relationships.  (Think of girls who believe they need to look like supermodels in order to get boyfriends.)  It can mean that we overlook the real people in our lives – people who hide things from us and who demand something in return for their friendship and love, people who may reject us because we’re not perfect.
What does all this have to do with writing?  Not much, really.  Except that many of us aspire to being the next J.K. Rowling, Dan Brown, or (fill in name of your choice).  Celebrity authors – and the characters they create – are not immune to the narrative and both the benefits and dangers it poses.
at September 17, 2011

Nice commentary on celebrity worship and its dangers without being too preachy. I realize how much people idolize the fame, power, and money which comes with celebrity. I'm still amazed at how often people are sucked into believing that means these people have better lives. There are celebrities out there who are happier than me and some who aren't. However, their happiness is NOT dependent on the fame, power, and money, but components in their lives which ultimately have nothing to do with their celebrity.

Good points, Dave. I remember growing up and idolizing the Beatles, for one group, because they had so much fun, made so much money, and were universally loved (it seemed). But there were many downsides to their fame and fortune, as McCartney's drug bust illustrated. Ultimately, one does not need to be a celebrity to be happy, and being a celebrity will not guarantee happiness.