What Super-Power Would You Choose? 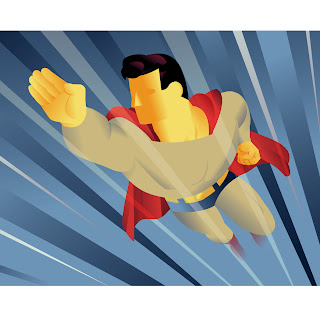 If you could have any super-power, what would it be?
My novel-in-progress, The Power Club™, is built on the premise that people who have powers do not get to choose them.  You work with what you’ve got.  You either develop your abilities, or you bury them.
But a member of one of my critique groups recently suggested that I ask readers of my blog what power they would choose.  So, here it is:
If you could have any one super-power, what would it be and why?
For our purposes, a super-power can be defined as any ability that is physically or mentally impossible for a human being to do without the aid of devices, weapons, or machinery of some kind.  Thus, flying in an airplane is not a super-power, but flying on your own (a la Superman) is.
And, just to make it harder, you can pick only one power.  So, no fair saying "Superman's powers."  You can pick only one (flying, x-ray vision, super-strength, invulnerability, etc.).
In fact, the ability to fly like Superman was my first choice.  The idea of soaring over houses and trees, feeling the wind brush my face, and being able to exercise my body with the currents of the air was enormously appealing to me as a kid (and still is).  And Christopher Reeve made it look so easy!
When this question has come up in more recent years, I’ve said I’d choose super-intelligence so I could figure out how to have all the other super-powers.  But even intelligence has its drawbacks.  (In comics, brainy heroes are the ones most likely to go insane!)
Even more recently, I’ve coveted the ability to radiate heat and light, a la Sun Boy of the Legion of Super-Heroes.  This versatile power can be used offensively, but it’s also very practical.  I’d never go cold in the winter.  I could light up any area to change a flat.  And the power of sun just radiates positive energy!
Ironically, this is the exact opposite of the power my main character has.  Damon creates darkness, not light.  But darkness itself is not evil.  It’s what you do with it that counts.
What about you?  Leave a comment describing what super-power you'd give yourself and why.
at July 27, 2011

I've always thought being able to travel through time would be a greater power than anything else could be.

Time travel has always appealed to me, too, Dave, though it would frustrate me if I were traveling to the past and couldn't change things, such as 9/11 or the Holocaust.

Why wouldn't you be able to change things? You could go back and keep trying. Of course, it would depend on the way your power works - what happens if you meet yourself? What happens if history changes on you?
The hard part would be to decide whether it is right to change things, and to be able to predict what changing the past would bring to the present.
It would be interesting to think about or read about; however it would be horrible to have that power. I know I'd go crazy.

When I was a kid, I used to want to be able to read minds. As I grew up, I realized it would probably be a bad idea. There is a lot of things you just don't want to know about a person.
So my superpower of choice is telekinesis. No moral conundrum, and being able to lift heavy stuff without breaking a sweat: that is the best power ever for a scrawny girl like me.

If you could change the past, would doing so create a different "present"? Would you even be able to return to the present you left? A lot of stories have been written speculating about this idea.

Telekinesis would be a wonderful power to have, Eve.