Fear of Failure = Fear of Success? 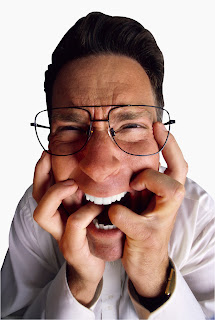 What truly inhibits writers from fulfilling their dreams?  Is it fear of failure?  Fear of success?  Or are those two fears the same?
Speaking only from my own experiences, I think they are at least intertwined.
Fear of failure is easy to understand.  Any endeavor requires risk, and risk always means the possibility of failure.  When one fails, one risks looking foolish.  One can also incur personal and financial losses and lose credibility and self-esteem.  These risks alone can inhibit writers from following their dreams, yet many of us accept the risks and forge ahead anyway – only to stop when we come close to achieving our dreams.
Why?  Fear of success.
But success means accomplishing your goals, right?  It means solving your problems and having nothing to worry about, doesn’t it?
Most of us know deep down that that’s an unrealistic view of success, even if we want to believe otherwise.  A look at any celebrity who has “made it” to the top of his or her profession can show us the pratfalls that go along with success.  Does the name Lindsay Lohan ring a bell?  How about Tiger Woods?
Writers, granted, tend to be more low-key personalities who don’t get as much attention when they go into rehab or have affairs.  But that does not mean they get off scot-free.  Ever hear of a writer being sued for plagiarism?  Or being dropped by her publisher when her last book bombed?  Or having to deal with bad reviews or hateful blogs set up by disgruntled fans?  Success, alas, does not mean you never have problems.  It simply creates a new sphere of potential problems.
Some of us do not aspire to being the next J.K. Rowling or Stephen King, however.  We’d be satisfied with only a modicum of success – which usually means that we want to earn our living as writers and not have to deal with conventional bosses at conventional jobs.  Fair enough.  But can fear of success stop us from achieving even this seemingly modest goal?
Yes, it can.  Again speaking from my own experience, this dream of modest success – or “under the radar” success, as I call it – is built upon the unrealistic expectation that one can get all the benefits of writing (some money, some fame, some freedom) but none of the drawbacks, if one settles for a lesser goal.  That’s like going into a five-star restaurant, ordering a hamburger, and expecting not to have to pay for it.
Even “modest success” means we have to do the work:  write the book, make the contacts, create the social marketing platform . . . in other words, take the risks.  And if we take those risks knowing that our goals are unrealistic in the first place, following through becomes difficult.  This is why you many writers give up when they are close to achieving what they thought were their dreams.
Fear of success may stem from the realization that, sooner or later, we will have to commit ourselves to The Dream, and that commitment requires not only risk but sacrifice.
And for some, that realization kills the dream.
After all, once you bring that dream into the world, it’s no longer a dream, is it?  It becomes a job with bills to pay, people to answer to (be they publishers, agents, or fans), and a lofty set of expectations placed on you by both yourself and others.  And success isn’t a mountain peak from which you can never fall.  The success of your first book means the next one must also be a success, and the next one . . .
When slapped in the face by cold reality, some of us simply decide that failure isn't so bad after all.  Failure, at least, is comfortable and familiar.
How do you confront fear of success?  First, make sure you know why you are writing in the first place.  Do you see writing as a quick ticket to fame, fortune, and the good life?  (If so, wake up!)  Are you prepared to keep writing even if all your hard work leads to a series of rejections and a book that bombs?  Are you prepared to do what it takes to succeed (e.g., write the damn book, make the contacts, do the social marketing platform, etc.)?
And, most importantly, can you see yourself as a successful writer?
Tell me your opinion: How do you deal with fear of failure and/or fear of success?
Email Post
Labels: fear of failure fear of success writing writing fears