One Writer’s Journey: Writing and the Intersection of Everything 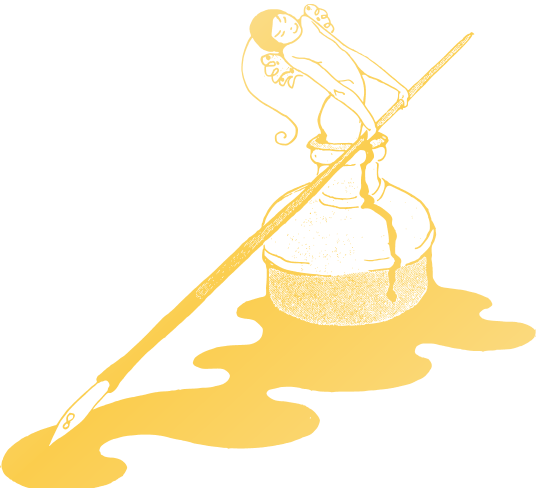 One of my college professors gave me a strange piece of advice: If I wanted to be a professional writer, he cautioned me, I should study something other than writing. His reasoning: Writers need something (other than writing) to write about, and too much focus on one thing can lead to a myopic view of the world.
At the time, I thought such advice was mad. I wanted to write comic books for a living; why did I need to study anything else? However, I kept his words in the back of my mind even as I went on to devote most of my studies to writing—majoring in English, completing a master’s in English, attending numerous workshops and conferences.
In time, I began to understand what he meant: Writing can be an insular world. Writers spend all day inside their own heads. They hang out with other writers, talk about writing, and perpetuate the sense the writing is the center of our universe—almost our god.
***
However, a singular focus on the craft of writing isn’t necessarily bad. When I was young, I watched adults around me struggle through jobs they hated. I decided I didn’t want that. I never wanted to take a job or choose a career just to earn a paycheck. Money alone has never been sufficient motivation for me to do anything (though lack of money has been).
I chose a different path by focusing on things which interested me, things I enjoyed doing, and things which challenged me intellectually and emotionally. I found all of these things in writing—and it happened almost by accident.
***
I grew up reading comic books and watching science fiction shows such as Star Trek. They sparked my imagination by showing me possibilities that didn’t exist in the so-called real world. I wanted to be a super-hero or a Starfleet officer! Since those careers did not exist, I turned to the creative process behind such characters.
Like most kids, I first wanted to be an artist. Armed with only a pencil, typing paper, and markers, I got pretty good at copying the line work, figures, and shading of certain comic book artists (Neal Adams, Dave Cockrum, and John and Sal Buscema were favorites) and created my own characters. But when it came to studying art in school, something didn’t click. Learning to draw fruit, the folds in clothing, and the same figure doing different things (smiling, dancing, running), was too much like work. I wanted to do something fun.
***
Learning the craft of writing hasn’t been fun (at least as I defined the term then), but it has engaged me in wholly different ways. I love the structure of writing—how an outline can lead to the basic building blocks of a story yet leave room for improvisation. I love the way writing looks on a page or screen—neat and ordered formats remove all doubt as to where to put the page number and allow me to concentrate on the most important thing in writing: ideas.
I also became enthralled with writing scripts. I write something down, and a character in a story says it. I describe a scene, and an artist brings it to life.
Early collaborations, however, did not go well. As I wrote numerous scripts which will never be drawn, I became aware of my own limitations as writer. I created a Star Trek-like military, but had little clue what being in the military was actually like. (Fortunately, my brother and father both served, so I learned somewhat from their experiences.) I cleverly called my science officer a “geometeorologist,” but had no idea what a geologist or a meteorologist would do in the context of an alien planet, let alone someone who combined both fields.
Writing super-heroes seemed easier because I could just make stuff up, but even then I had no idea how to pace or end a story. I was further dismayed when people read my scripts and told me all my characters sounded alike!
Clearly, I was missing something.

One thing I've learned from my journey is that writing does indeed go hand in hand with other things--with everything, in fact. Garrison Keillor said it best and with his usual wit: "Nothing bad happens to writers. Everything is material." Everything.
My professor was partially correct: If you want to write, study writing, but also study everything else: politics, religion, philosophy, human behavior, geology, biology, history...everything informs your world and the worlds you create.

Another great reflection, Greg! I wanted to be a novelist in high school, but veered into the sciences after that. I've always been grateful for the very rich experiences my career path has given me, and for all the amazing people I've met along the way. Certainly, it gave me a lot of fodder for my stories when I came back to writing all these years later! I often tell aspiring writers the same - the study of writing and literature is fundamental to the craft, but so is everything else that has to do with life.

Thanks for sharing your story, Karin. I think at some point we are told (or learn) that we need to find a more practical career than writing, drawing, etc. However, writing is an important part of who we are, and it's always great when we can come back to it. The amazing thing about writing is its versatility: Anything we learn can make us better writers.