The Blacklist: Topics to AVOID for your college paper 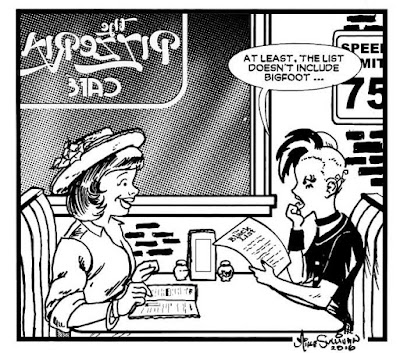 Last week, we talked about how to pick a topic for your college essay. This week, we talk about topics to AVOID.
This article originally appeared on the Grantham Blog in 2014.

One of the challenges students face in college writing is topic selection.
Some instructors determine in advance what topics their students are allowed to write about; others give students a more or less free rein.
The good thing about such a course is that you may get to write about a topic that already interests you. The bad thing? You have to choose your topic wisely.
The Blacklist of Topics
Some instructors allow students to write about anything they wish; others discourage certain topics or ban them outright. Often called “the Blacklist,” these topics rarely result in good college essays. Although the Blacklist varies from professor to professor, it commonly includes the following topics:
Topics like these should be avoided for three reasons:
1. "Not This Topic Again!"
Students often select these topics because they aren’t sure what else to write about and they can easily find information about the topics via a quick search of the Internet.
However, students with nothing new to say about abortion or the legalization of marijuana often lapse into summary, merely repeating what their sources have already said instead of making an original argument. Professors cringe when they get such papers. Some want to tear out what little hair they have left.
Other times, students are so dead set on their position that they make questionable claims. If you support the legalization of marijuana because you tried it and turned out just fine, you might want to consider whether or not it is advisable to admit to engaging in an activity that is still illegal in some states.
And it’s tough to make an original argument about divisive issues, which leads us to Reason No. 2:
2. "You're Wrong, and I'll Prove It!"
“Hot button” topics polarize readers who already have strong opinions about them. You can turn on the television and watch most any debate on gun control turn into a shouting match.
Some instructors also have strong opinions about certain issues. Your argument to the contrary is not likely to change their minds, which defeats the purpose of writing the argument. But aren’t professors supposed to be objective?  Yes and no. Professors are human beings, too. The last thing any writer wants to do is bore or antagonize the audience.
Besides, if you have strong feelings on a topic and aren't willing to change your mind, what makes you think your readers will change theirs?
3. Preaching to the Choir
Some topics matter only to readers who already have a strong interest in them.  For example, if you want to argue that so-and-so should be considered the greatest baseball player ever, your audience is already limited to fans of baseball.
Even so, only fans of that particular player or those who believe someone else should be considered the greatest are likely to care.  (And, in the latter case, you are unlikely to convince them otherwise — see No. 2, above). For other readers, it simply won’t matter who the “greatest player” is.
So, if you can’t write about these topics, what should you write about?
Begin with your own life and your community. What interests you enough that you want to know more about it? What problems do you see need that need to be addressed? Browse your college databases to get a sense of what topics are relevant to your field of study.
If you have any concerns about whether or not your topic is on the Blacklist, ask your instructor before you proceed.
Email Post
Labels: academic writing banned topics blacklist college essays college writing picking a topic for a college essay