"The Story You are Telling is Your Own": A Real-Life Power Club Story 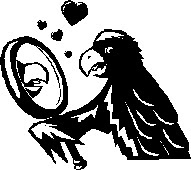 This is going to be one of my most personal posts ever.

“The story you are telling is your own”—another nugget of wisdom (spoken by executive coach and bliss mentor Cyndi Daugherty Swall) from the Business of Writing – Success workshop earlier this month—has stuck with me.

To me, it says that all writing to one degree or another is autobiographical—even my novel-in-progress, The Power Club™.

The story of Damon is, in some ways, my own.

Sure, I never had super-powers, but I wanted one. I wasn’t greedy. I would have been happy with the ability to fly or run at super-speed. Motion is important to kids.

But The Power Club reflects my life in other ways.

Just before my sixth birthday, I moved into a new neighborhood, a block and a half from Sherwood School in St. Joseph, Missouri. More importantly, I lived across the alley and street from kids who were around my age.

I have a photo of some of these kids attending my seventh or eighth birthday party. There’s Tim, shoulders hunched up as if the camera had caught him off guard. There’s Scott, looking away from the camera and watching Tim’s antics. There’s Steve, grinning directly into the camera. And there’s me, the birthday boy, dreaming hazily and looking like I’m praying. Next to me stands my younger brother, Mark, his arms folded in apparent imitation of me. We are surrounded by our parents and grandparents, but the focus of the photo—and of the party—was clearly on us kids.

Mark and I shared numerous adventures with Tim, Scott, and Steve, plus Steve’s sister, Mary, and another girl named Jeannette. They were our “gang” (though Mark recently told me they were more my gang than his). When we were younger, we played The Archies—with Mary (a blonde) and Jeannette (a brunette), we had a natural Betty and Veronica. (I was Jughead, the guy who wore the crown!) As we grew older, we talked about forming a basketball club and starting a haunted house, though we never did either. At one point, Tim and Steve formed a “rock band,” miming to records. (I wanted to join their band but was relegated to “audience”.)

We could be anything we wanted to be—including super-heroes. When I discovered the Legion of Super-Heroes, I shared them with my gang. Tim liked the feral Timber Wolf the best (in part, I’m sure, because of the similarity of their names). Steve liked Colossal Boy’s costume with the headgear and shoulder harness but was disappointed that his only power was the ability to grow to giant size. Scott admired Ultra Boy’s muscles. My favorites then were Lightning Lad and Sun Boy.

The girls didn’t seem to care much for super-heroes. I remember describing the female Legionnaires to Mary once. With her blonde hair, she would have been a natural fit for Saturn Girl or Princess Projectra, I thought. But we were all entering that age when boys do not play with girls and vice versa.

And then, like kids everywhere, we grew older and our interests changed. We hung out less and less. The older guys, Tim and Scott, became interested in cars and girls. Mary and Jeannette did . . . whatever girls did. And Steve wrestled me to the ground and refused to let me up until I cried “uncle”—a way of asserting his superiority, perhaps, but effectively ending our friendship.

Still, I always expected they would be part of my life forever. At age 10 or 11, it’s hard to conceptualize the idea of other kids leaving your life. Adults, yes. They sell their houses and move away or they grow old and die. But with kids—you attend the same school and live in the same neighborhood. You can’t get away from them even if you want to.

And then, the summer before I turned 12, Steve, Mary, and Tim all moved away.

I visited Steve and Mary in their new home once. Steve had no interest in playing—he was sitting in front of his stereo, listening to a new song I would later recognize as “Bohemian Rhapsody” by Queen. Recalling the days when our interest in music consisted of Three Dog Night and The Sweet, I couldn't understand why he was listening to opera!

Tim dropped by to visit a few times. After he turned 16, he showed up in his new car and took my brother and me for a drive. Mark, who had long since ceased trying to imitate me and had found his “social legs,” monopolized the conversation (something he’s been doing ever since!). Feeling relegated to the back seat in more ways than one, I responded in my usual fashion: I sulked.

Although Scott and Jeannette continued to live in the same neighborhood, I saw little of them. They were a grade ahead of me, so they entered middle school and then high school before I did. And then I switched schools. My teen years became a complicated mess of trying to fit in and failing, so I withdrew into the world of comic books—a world they had long since outgrown.

How much of this real-life story makes its way into The Power Club, I’ll leave for the reader to decide—when the book is actually published (which, given a few recent setbacks, could be in the next few weeks). But I’ve drawn several lessons from writing this book:

I’ve consciously made Damon a bit more assertive than I was at his age. And his story, in many ways, does not parallel mine at all. (Hey, it is fiction.) Likewise, the other characters in The Power Club are not direct analogues to the kids I knew way back when. There are surface similarities—but the most fascinating aspect of writing a book is watching characters grow and take on lives of their own.

But all fiction (or at least the best fiction) is grounded in reality. Every writer from Mark Twain to Bill Cosby draws upon his or her own experiences to craft worlds of imagination for others to share.

In that respect, The Power Club™ is both a love letter to some old friends and a "thank you" for being part of my life.

How does your story reflect your life?

Nice article, Greg, and a look into your past that I'm sure parallels many of us in ways. It's difficult sometimes to share our formative years, and you're to be commended for a glimpse into yours.

Thanks, Denny. One of things a writer should always do is take risks.