Writers: Why a Bad Review Can be Good for You 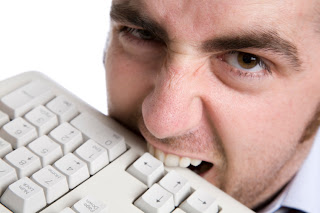 At 21, I wrote my first article for publication. It appeared in an issue of Comics Buyer’s Guide, a newspaper for comic book collectors and professionals. I was so proud of my achievement—my opinion piece, with the self-assured title, “How to Improve the Alternate Comics’ Success,” would convey my 21-year-old wisdom to up-and-coming publishers vying to compete with the Big Two, Marvel and DC.

There, for all the world to see, was my grand debut into the world of writing for and about comics.

But after the reviews came in, I wanted to hide under a slab of cement.

CBG, like many publications, printed “reviews” in the form of letters of comment (LOCs) written by readers of the publication. Only a few LOCers commented on my article, but those who did included two well-known comics writers. Both wrote the types of “alternate” comics whose success I wanted to improve.

They wrote at length to point out the fallacies in my logic and assumptions.

A subsequent LOCer (an up-and-coming artist) was even less charitable. He called my article “ignorant and pointless.”

But the worst of it was when CBG editors Don and Maggie Thompson explained in a reply to one of the LOCs why they chose to publish my article. It wasn’t because they found merit in my ideas but because the article represented an attitude they found all too common among comics fans: an unwillingness to try new titles that didn’t fit into our preconceived notions of what comics should be.

And yet the experience of being published and then criticized in print was one of the most helpful steps in my journey to becoming a writer.

If your writing lands a negative review, consider yourself lucky. Here’s why:

Ernest Hemingway famously said, “There is nothing to writing. All you do is sit down at a typewriter and bleed.” What he meant, I think, is that writers open up their creative veins and expose every aspect of their inner selves to readers. This can mean exposing weaknesses that you, the writer, don't realize you have.

Writing involves coming face to face with your own limitations, as both a writer and as a human being.

Odd as it may sound, this Dorian Gray-like reflection can be a blessing for writers. It forces you to confront the two primary reasons why you got a bad review: either the audience didn’t “get” what you were trying to say or you have room to grow.

Are We on the Same Page?

The first reason why you got a bad review is probably because your audience didn’t understand your work or some aspect of it. This disconnection could be their fault, your fault, or both.

Some people, like certain comics fans described above, view your work through their own cloudy lens and judge it accordingly. Let’s face it: there’s nothing you can do about them.

But there is a lot you can do to make sure your work conveys what you want.

I am constantly learning there is a difference between how I intend for something to be read and how it is actually read. In my short story-in-progress, I had my protagonist—an 11-year-old girl—laugh after an embarrassing exchange with her school’s principal. But members of my writers group didn’t buy the laughter. They thought it was inconsistent with the character and inappropriate for her situation.

I agreed; in my revision, she doesn’t laugh.

Why did I have her laugh in the first place? I was thinking she would be so glad to be told something (and, yes, I’m being vague) she didn’t want to happen would, in fact, not happen that she would laugh out of relief. But I had failed to convey that motive, and, upon discussing it with the other group members, I agreed that she wouldn’t respond that way at all.

Likewise, a bad review can point out inconsistencies and false assumptions in your writing. Of course, it’s always best if these things are pointed out to you before your work is published, but sometimes that doesn’t happen. You can only keep the lesson on file for next time.

The second reason you got a bad review is probably because you need to grow as a writer. We all do—even writers who have published for decades are still learning the craft.

Growth, unfortunately, rarely comes from praise. While compliments are invaluable ego boosts for writers as well as indications of what we do well, compliments seldom call attention to our weaknesses.

Living in my own comic book bubble, I was blissfully unaware of how the comics industry actually worked and that creators of “alternate” comics held very different views than I did (since my views were shaped largely by Marvel and DC). Learning to appreciate such comics on their own merits instead of comparing them to something else was one of the most eye-opening experiences I’ve ever had.

Your bad review may be an opportunity for you to learn from someone who is not invested in your work or who sees the subject matter very differently than you do.

But can’t bad reviews discourage you from writing altogether?

Of course they can. If you let them.

My first publishing experience taught me several positive lessons. First, it was gratifying that well-known comics professionals had read my work and taken it seriously enough to compose thoughtful responses.

Second, it helped me see that my work and the attitudes it unknowingly represented were part of a larger continuum—a discussion between professionals and fans who all wanted the same thing: a healthy, vibrant comics industry.  (Whether or not we ever achieved that goal is the subject for another column.)

And third, it helped me realize that my ideas, which I thought were brilliant when I wrote the article, were in fact self-serving and ill-informed.

Rather than discouraging me, these lessons whetted my appetite for more . . . more publications, more dialogue, more growth . . . more writing.

So, if you are fortunate enough to receive an honest bad review (as opposed to a trollish one), thank the writer for taking the time to compose a thoughtful response and consider what you can learn from the experience. It’s okay to (privately) vent your feelings, too.

Share your thoughts in the comments below:  Have you ever had a bad review?
at October 13, 2012

I've had bad reviews as well, but it didn't let me down. It actually inspired me to rewrite, revise and remake. Those critics aren't called critics for no reason you know.

Thanks for sharing, Kath. It's certainly up to each of us to determine what we make of a bad review.