5 Tips to Make Readers Care about Your Character 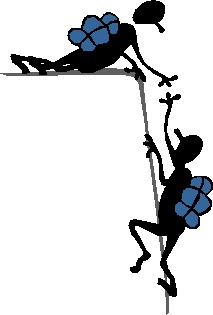 A member of my writers group recently complimented me on a short story I’m writing. One of her comments stood out: she was pleased that my protagonist is female.

She reminded me that all readers, to one degree or another, like to identify with protagonists. We see ourselves in the characters of a story. When they experience trials, we experience them, too. The hero's victory becomes ours. The insight which changes her life changes ours.

While reading a story (and perhaps even for a long time after), we become the character.

That isn’t to say readers cannot identify with a character of a different gender (or race, age, faith, time period, etc.). In fact, the best stories transcend boundaries and connect us to the deeper reality of being human.

Still, it's easier to identify with a character who is somehow “like” us.

And this is why the writer should create characters the reader can care about.

Giving readers a character to care about, to root for, to identify with is one of the most basic ingredients of writing fiction. Yet writers sometimes forget this. They become immersed in the Great Idea, the Clever Plot, or the Exotic Setting and neglect to develop their characters.

Flat characters often come off as stereotypes. They never grow because they don't come off as real people to begin with.
(This is why, in a previous post, I recommended writing a character biography. If your character becomes real to you, he should become real to the reader.)

So, how do you make readers care about your character?  Here are five tips:

Giving your readers a character to care about is one of the most important things you will ever do in your story. Your hero is our guide through the Great Idea, the Clever Plot, and the Exotic Setting. By all means, be wildly creative in these aspects of your story. But your character is the one we’re going to root for and remember the most.
at September 15, 2012