What X-Men: First Class Can Teach You About the Choices Writers Make 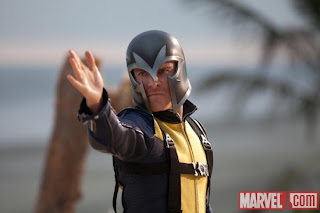 [Spoiler Warning: The following post discusses plot elements of the film X-Men: First Class. Go see the film first. Then come back and read this.]

Tell me your opinion. Did X-Men: First Class do a good job of "rebooting" the film franchise?
at June 10, 2011

This is a great post. I love all of the new films even though they are not true to the actual comics. I saw the Green Lantern last night and loved it. Thanks for sharing.

I know going into any super-hero movie that it's is going to make substantial changes from the comic book. I'm okay with that, so long as the film remains true to the spirit of the source material and tells a good story. The X-films, I think, have delivered on this. I haven't seen GL yet, but I'm looking forward to it.